How To Trade A Bullish Falling Wedge Pattern

Last week was a GREAT WEEK here at the ArtOfTrading.net !

We made a total of 8 trades of which 7 were winners!

We played A FALLING WEDGE PATTERN in 3 of those trades that all turned into very nice winners.
Here's a video to describe HOW to spot and play a BULLISH FALLING WEDGE. Hope it helps!

"Hey Stew,
You were on fire today!  Thanks so much for the trades today!  I managed to take all of them but at smaller sizes than yours. Still, a few hundred here and there added up to $800!  I missed the WPRT sell alert so I'm still in it.
I'm not sure if you remember but a few months ago, I mentioned to you that your service was the first trading service that I've ever tried.  Since then, I've tried about 5 other services too and yours is the only one I'm still subscribed to.  I really like your cautious approach, transparency, your detailed entries and stops, and the "team" atmosphere in your chat room.  It's also perfect for when I'm away from my desk and can't micro manage trades because of your detailed entries and stops.
Have you ever considered doing a webinar that goes over your style of trading, your set-ups, etc.?  I would definitely attend that.  Hey, maybe you can even charge non-AOT members to attend."
Jason


Stewie,
I want to thank you for the generosity of time and expertise you give to members. I am only two months here but not new to trading sites and I will tell anyone, you are the real deal! My gains are similar to the trader gains you published in this mail and also not including wins from the other outstanding talent at your chat room.
May God bless and protect your house for the gift you give others.


Stewie : here are my gains for Thursday/Friday on your calls alone:

Posted by Stewie at 5:57 PM No comments:

Where's The BEAR IN These Charts? 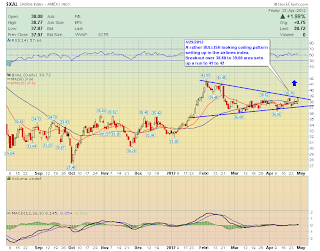 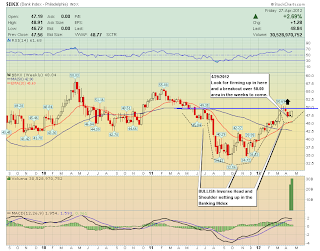 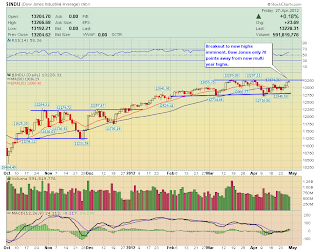 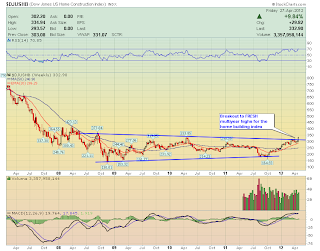 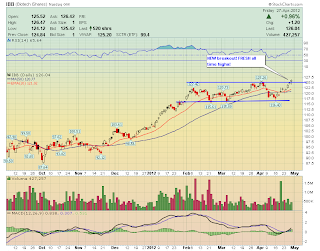 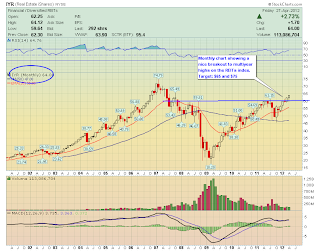 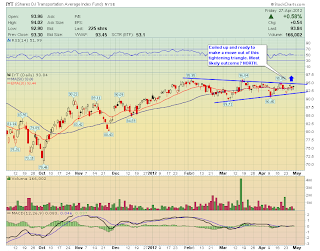 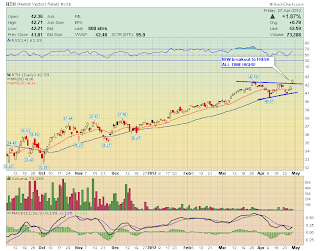 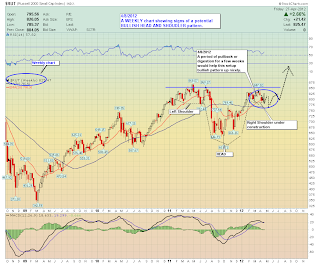 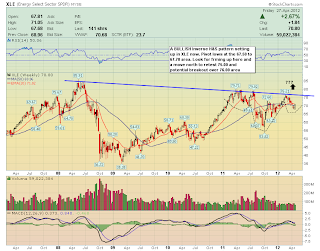 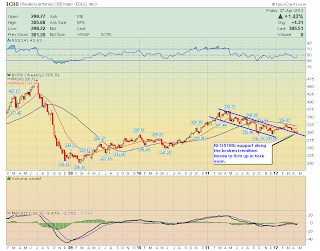 It's been a long while we haven't looked at the index charts and the sector charts to help us see what's going on UNDER THE SURFACE. Attached, you will see a plethora of charts breaking down the sectors with MONTHLY, WEEKLY and DAILY charts. Tune out all the "noise" you hear all day, every day and keep it simple. Interpret charts with objectivity.


DO YOU SEE A BEAR here? Do you really??

After running the ART OF TRADING service for over 3 years now and having the pleasure of working with Experienced/seasoned traders as well as amateur/newbee traders and traders of walks of life pretty much.

I feel humbled to have had the pleasure of working with so many folks and have built lasting relationships with so many!

The ONE thing i notice over and over again that SEPARATES the seasoned traders from the "amateur" traders. the ABSOLUTE ONE THING is DISCIPLINE!

Seasoned traders have a PLAN and THEY STICK TO IT, no matter WHAT. Rookie, amateur traders generally DO NOT have any sort of plans and usually take trades on whims, emotions and god knows what else! Seasoned traders ALWAYS know where the STOP LOSSES are and how big a position to take in case the trade FLOPS COMPLETELY. They have an EMERGENCY EXIT planned and mapped out AHEAD OF TIME.

For illustration purposes: The seasoned trader will call him "SammyWise" and the newbee trader we'll call him "CockyNate"

"SammyWise": Is not in the trade for the "HOME RUN QUICK EASY BUCK". He knows the key to successful trading is CONSISTENCY not "big swinging home run" trading strategies. He treated TRADING AS A BUSINESS. It's a serious business!

"CockyNate" : "Trades on margin cause he wants to score the BIG BUCKS on every trade! trading is a game of thrills! For "CockyNate" trading is a means to feed his addiction for the THRILL, like a VEGAS TABLE HIGH! He will either make $5,000 or lose $8,000. He isn't really sure but he is addicted to the drama, the thrill! He can't get enough UNTIL he of course gets washed completely.

"SammyWise": Sleeps rather well at night.

"CockyNate": is normally up all night looking at stock index futures and second guessing his positions, praying the stock indexes open in his favor the next day and can't help it but to wake up every hour to check and double check the index futures are not going to open down 2% on the open! Chances are very high he probably been drinks a six pack of beer a night.

The next morning, "CockyNate"  wakes up feeling groggy because he had some very crappy sleep, he has bags under his eyes and chances are he's hung over and having a few beers to "help ease the over night tension". Surprise!! Market gaps downs 2% and  "CockyNate" went home fully margined and is now in a state of PANIC!!! His heart has dropped to the ground and is sweating bullets and pacing back and worth around the room like caged LION about to attack someone for HIS losses.

"SammyWise": was smart enough to weigh the RISK/REWARDS on holding positions over night and thru many painful lessons learned to rarely go home FULLY LOADED WITH POSITIONS. He also has a plan in place JUST IN CASE things do not work out in his favor. i.e. Stop loss orders, SMALLER position sizes that will NOT "KNOCK HIM OUT" of the game if he woke up in the morning to see a big gap down. He is not going to panic. He's under control. He is able to rationally think his way out of trouble even if it means, cutting the trades for losses in order to PROTECT HIS CAPITAL! He knows his capital is HIS LIFE BLOOD, HE cherishes it and takes care of it like a newborn child because without he is NOTHING.

The irony in all this is SammyWise was at some point very similar to CockyNate so he can relate to him and he does feel his pain in some ways. But after being humbled by mother market a few times, tweaking and re-tweaking, learning and re-learning. He slowly but surely turned into SammyWise . He has some battle wounds on him but he is a more confident, much more disciplined trader with a PLAN for EACH DAY and EACH TRADE.

That concludes PART 1 of the Adventures of SammyWise and  CockyNate !

hope you find this educational!  All feedback welcomed!
Thanks for reading

How To Trade DIP BUYS : Support Pull Back Trades

Great picks Stewie!  I felt they were safe plays that's why I had no problems putting some serious cash into them! Paid off handsomely. (by the way you can use this as a testimonial if you'd like).


Moritza  Sent from my iPhone


Thanks Stewie...just joined this week...already paid for first couple of months with the TITN trade...Great job!


YOU ARE A MAGICIAN (& a very nice one)
Congrats on TITN & SBUX this week.  Couldn't happen to a nicer guy!
Ron (Nbegin)

I am with you for a month now and this was my first 'live' trade. (UA)


I feel very comfortable with your trading style. Also your video tutorials are a great help for more insight in reading charts etc. They come to life now!

Keep up the good work!

Thanks man, I made $2,100.00 on MNST today!
Best,
Josh
Hi Stewie,
The MNST call was brilliant! Made enough profit to get me well in the green for the week!
I should have listened to you and not traded as much as I did this week.
I also value the constant email reminders you send us on to how to always trade with discipline and only focus trading the best quality setups. It's a real eye opener for me and finally starting to realize this.
This will all sink into my thick head eventually :-)
Your hard work to all your subscribers comes through in your work. Thank you again!
Rob T.
p.s. feel free to use this as a testimonial if you choose to.
More ART OF TRADING REVIEWS HERE!!
JOIN US FOR A 14 DAY FREE TRIAL TODAY!!
ART OF TRADING.net
Posted by Stewie at 6:01 PM No comments:

ART OF TRADING Member Had His First $1,000 Profit Day!

Hi Stewie,
I just wanted to write you an email about just how much you've taught me since joining your service and chatroom. I had my first $1,000 in profit today. Yesterday I brought AAPL calls and made 40% on them. I was able to look at the intraday chart and saw a base build into the close. I never would've known that before I joined your service. I just want to say thank you, and I look forward to my continued education on in your chatroom!
Thanks!
Eric Y. (ART OF TRADING member for 4 months)

Posted by Stewie at 8:54 AM No comments:

I took the trade Stewie, and it's been wonderful! I have had a great experience taking part in your trading strategies, and really appreciate your comments. I feel like I've learned 100 percent more than I could have, had I kept trying to trade on my own. Even though I'm not able to be in the chat room very often, I have loved that feature as well. It's great to hear so many traders' insights on the markets movements.
Thank you again,
Alex L. (ART OF TRADING member for less then 1 month!)
Hey Stu
I just wanted to say your style of trading is perfect for me.

I'd also like to say thank you for simple emails. I've tried out other services similar to yours and i don't understand why they can't just simply say what they mean the way you do. Sweet and to the point without rambling. I love it.

I don't have much to say except i'm a satisfied customer so far, and i plan on continuing to subscribe in the coming months.


Thanks!
Paul R. (ART OF TRADING member still on 14 day FREE TRIAL!)
Finally got to watch this video you made! Great video and your advice is so helpful Stewie...thank you so much!!! You are so amazing to us members and I (and I'm sure everyone else) appreciates all the time you put in to facilitate our learning!